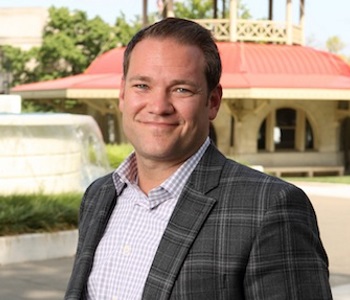 Chris Ellis is currently out on an indefinite medical leave.

Chris Ellis has served as managing partner and is a founding member of Bolen Robinson & Ellis, LLP. He graduated from Illinois Wesleyan University and Georgetown University School of Law with honors. Before starting BRE Law, Chris was an associate in the Washington, D.C. and Chicago offices of Ross Dixon & Bell, LLP (now Troutman Sanders). He is a member of various professional organizations and admitted to practice before multiple courts throughout the country.

Involved in nearly every practice area at BRE, Chris previously served as the central contact and go-to-person for a majority of the firm’s clients. Clients routinely came to Chris with complex issues, whether related to litigation, business or family planning; in turn, Chris assembled the appropriate team at BRE to meet and exceed the client’s expectations.

Chris has tried numerous cases on behalf of both plaintiffs and defendants and argued multiple times before the appellate courts. Representing both individuals severely injured or wronged by the misdeeds and frauds of another, as well as corporations defending themselves against claims of liability or seeking to enforce contractual rights, gave Chris a unique perspective in his approach to litigation, allowing him to see all cases from both sides. Chris served in a leadership role in the prosecution of multiple class actions throughout the United States where he has served as lead counsel, liaison counsel and on various executive and steering committees.

Chris has also served as lead counsel for multiple local corporations, and advised business owners and professionals on matters varying from contract interpretation to employment issues. Chris’s experience in the labor law arena runs the gamut from negotiating collective bargaining agreements to defending and pursuing unfair labor practice charges in front of the NLRB. ERISA is another area that Chris and his team at BRE have worked with extensively, both on behalf of corporate clients and as counsel for union pension funds. Chris has also assisted many of these clients and other of our community’s most influential leaders with their personal and business estate succession plans.

Recognizing that being actively involved in one’s community is not only a privilege but a duty, Chris has given countless hours of his time assisting those in need of support. Chris has served on the local United Way Board, where in the past he has held the roles of Chairman, Vice-Chairman and Campaign Chair; he has been involved with the St. Mary’s Hospital Foundation Board, where he has served as Chairman, Vice-Chairman and on the Capital Campaign Committee; and he has served on various church and local athletic boards, including the Mount Zion Education Foundation. He focused his efforts towards making Decatur and the surrounding communities a better place for everyone, particularly those less fortunate.

Chris has been married for more than thirteen years to his beautiful wife and high school sweetheart, Kelli. Together they have three wonderful children – Nicholas, Ashlyn, and Abigail. In his spare time, Chris enjoys coaching every team that his kids play on, from baseball and football to softball and basketball.