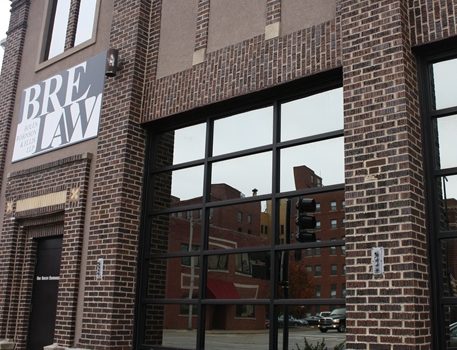 Although officially formed in July 2004, BRE Law is the culmination of the merger and expansion of one of the oldest law firms in Central Illinois. In 1971, Jon D. Robinson joined the Decatur law firm of Hull, Campbell & Robinson. In 2004, Jon and T.G. Bolen, an attorney who had practiced law in Central Illinois since 1960, teamed with Christopher M. Ellis, a Decatur native who recently returned home after practicing law at large law firms in Washington D.C. and Chicago, to form BRE Law.

2017 brought a period of continued growth. First, former prosecutor Nrupa Patel joined BRE Law, allowing the firm to begin offering criminal defense services. Sha Kelley joined the firm as well, bringing with her decades of experience in the healthcare field and health law. Finally, BRE Law and the Sullivan law firm of Wood & Mayberry merged, which led to the addition of a Sullivan office and two exceptional lawyers in Steve Wood and Steve Mayberry.

In 2018, Zach Anderson, who had worked at BRE Law for four years as a law clerk, became a lawyer following his graduation from the University of Illinois College of Law. That same year, BRE Law opened a third office in Bloomington, Illinois. In 2019, Andrew Wessler was added to our Decatur team. In 2020, we opened a fourth office in Lincoln, Illinois and added a new lawyer: Courtney Anderson.

With offices in Decatur, Bloomington, Sullivan and Lincoln, our firm has a presence throughout Central Illinois. We are confident that whatever your legal need, one of our lawyers will be able to assist you. Our team of lawyers includes: